As a member of the LexisNexis UX team, I adapted the technologies built at Ravel Law to function in harmony with the Lexis Advance platform.

At Ravel we developed a new way to visualize search results that emphasized the citing relationships inherent to case law. I was responsible for adapting that visualization to the LexisNexis design language. In the diagram shown here each node represents an individual legal opinion. The nodes are positioned according to the level of court in which they were decided, and the year the decision was made. The edges drawn between linked nodes represent a citing relationship. Edges extending to the left of a node were used by that opinion to structure its argument. Edges extending to the right of a node connect to opinions which have subsequently cited it. When a node is selected, the graph highlights these citing relationships, promoting the interrogation of search results that might otherwise go unnoticed. 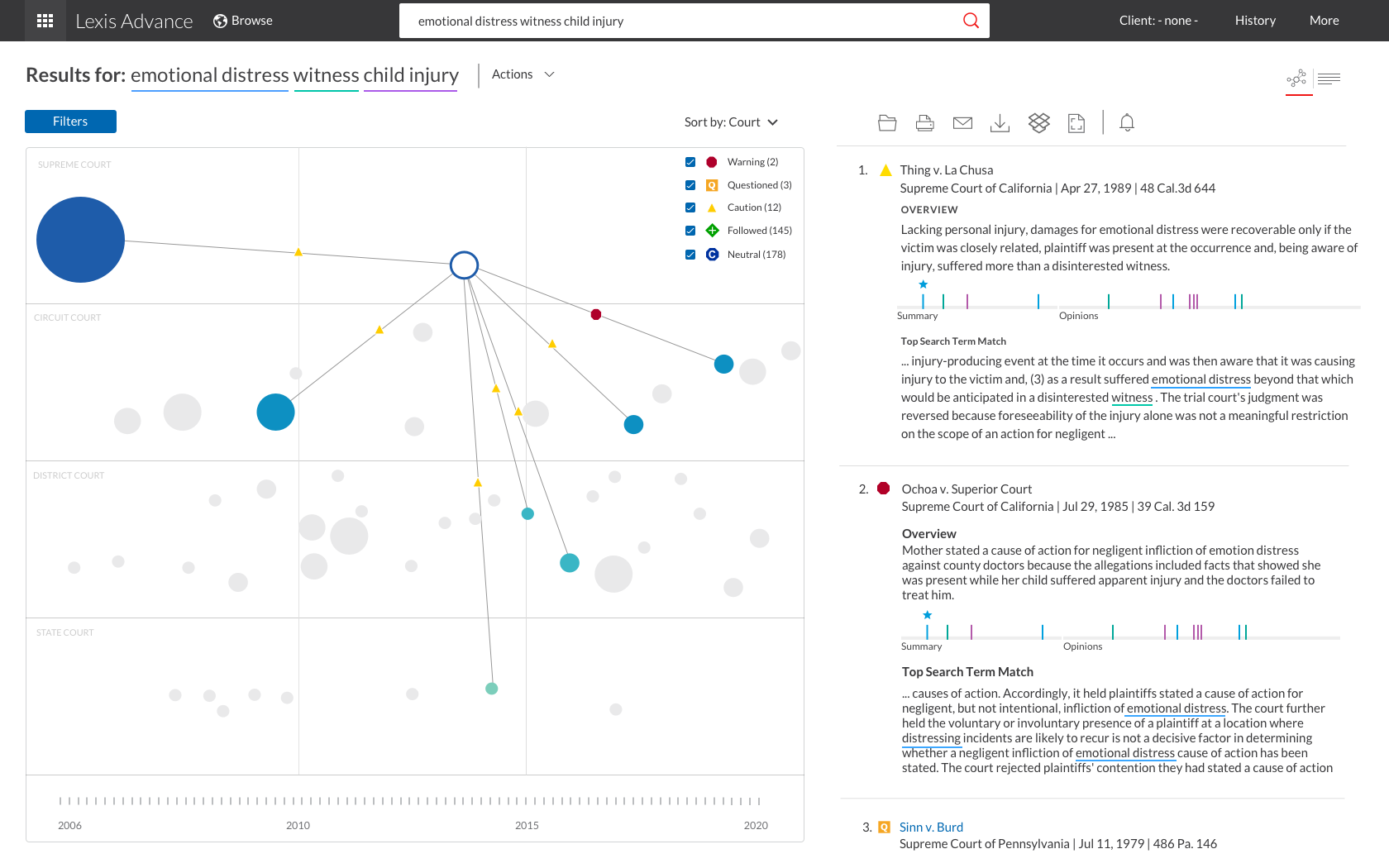 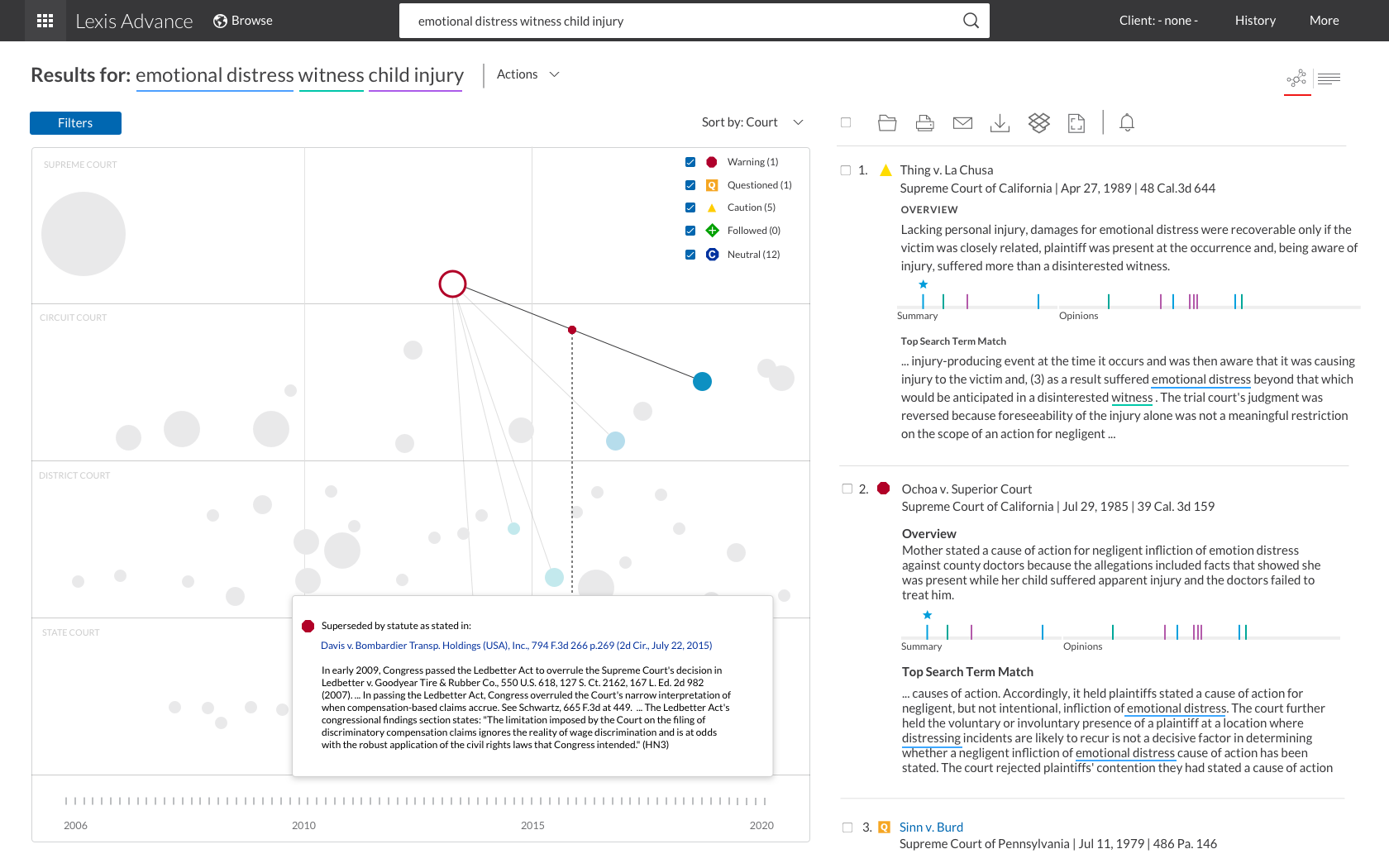 In addition to search enhancements in the core research product, I was also responsible for migrating Ravel's suite of legal analytics to the Lexis Advance platform. Beginning with expert witnesses and judges I designed a series of dashboards describing patterns of behavior on the part of these legal actors. I built a system of UI components that will extend to accommodate other entities, like law firms and corporations. These tools allow litigators, analysts and government affairs workers to make more informed decisions on behalf of their clients. In this example we're viewing a representation of jury verdicts and settlements from Judge Lucy Koh's ruling history, with a breakdown of outcomes by party and by award amount. 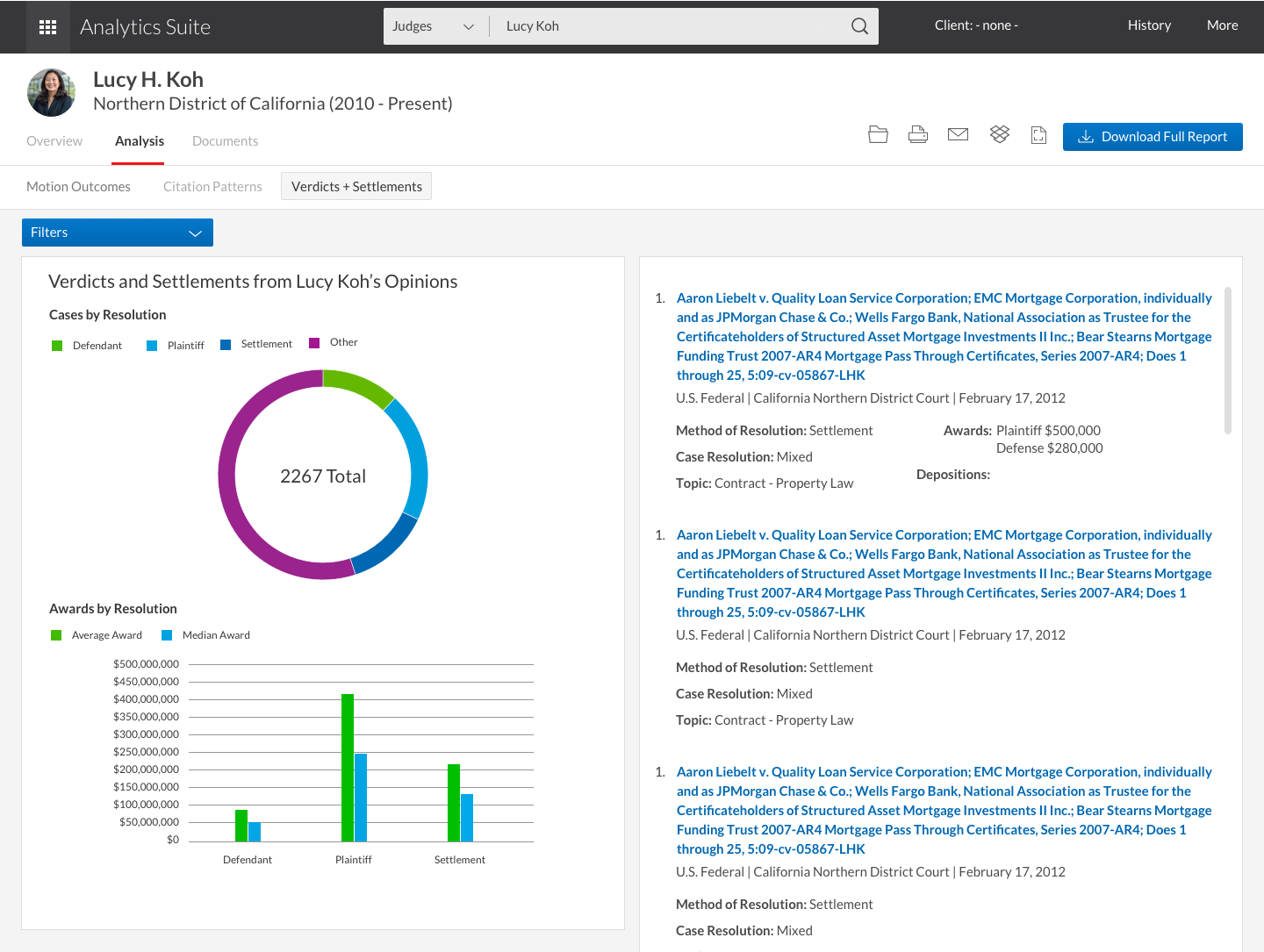 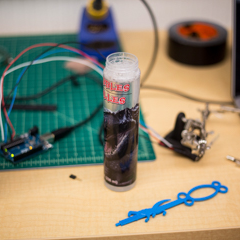 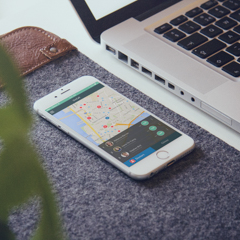 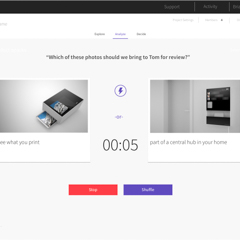 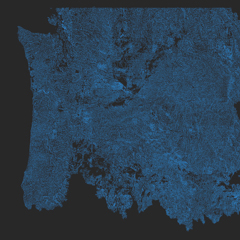 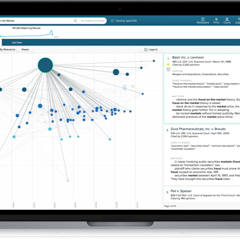 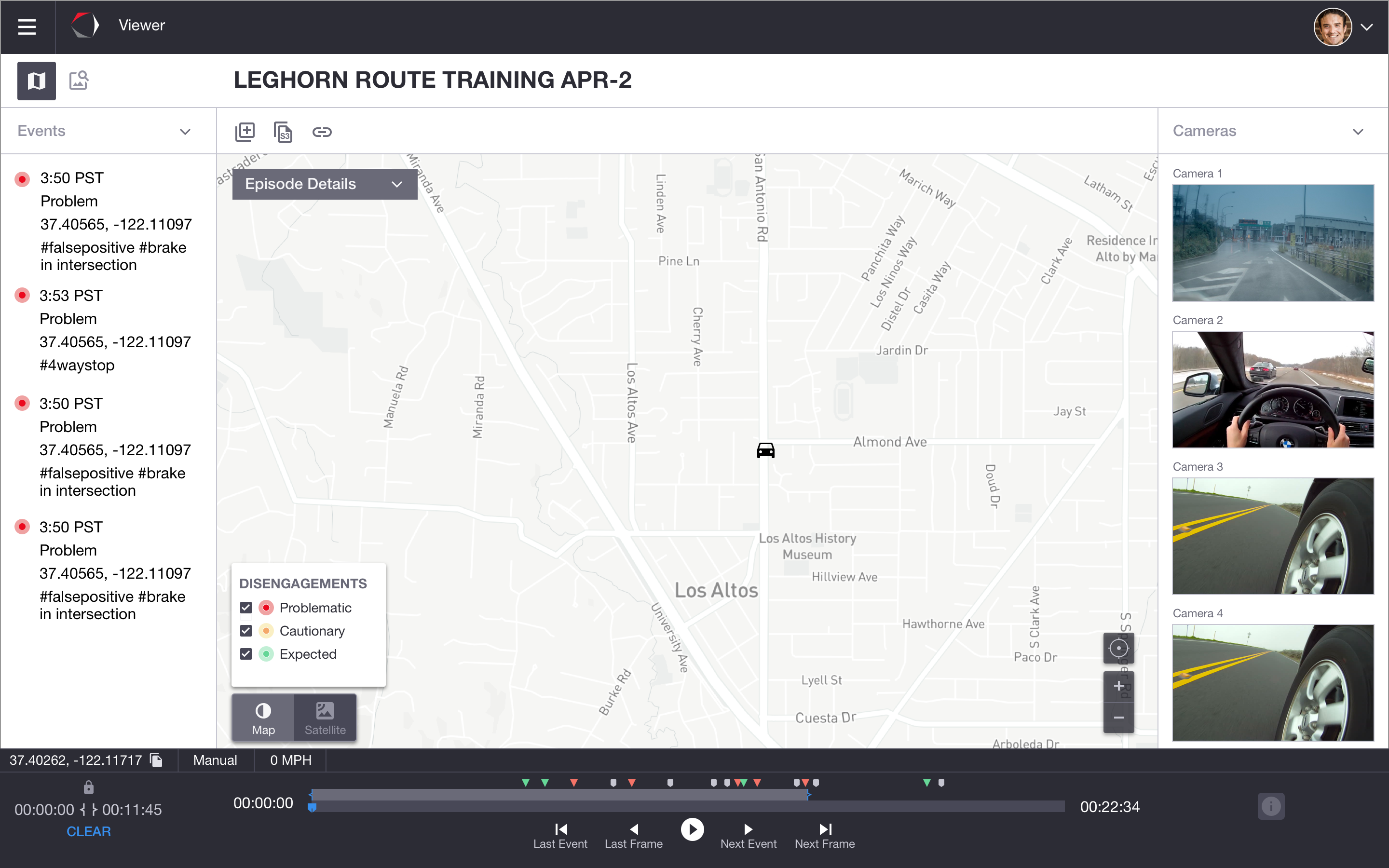